Why Yoga’s Becoming A Vital Part Of Sports Training 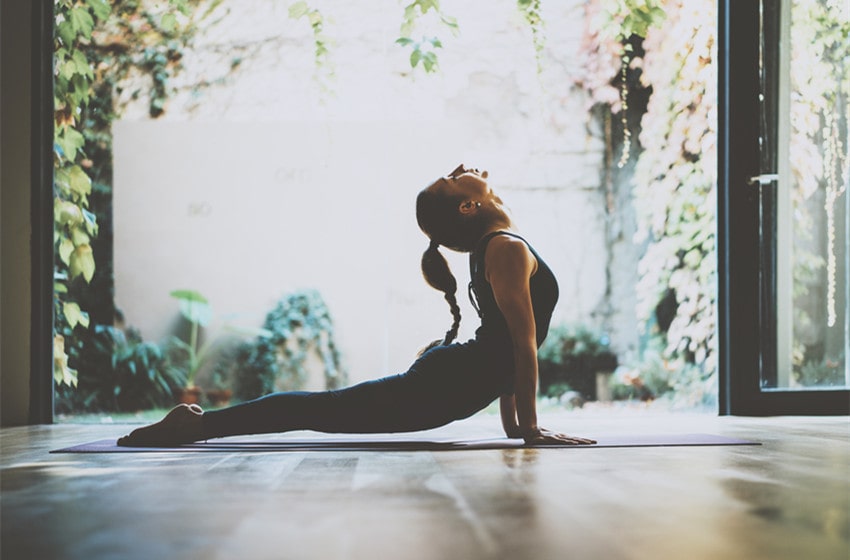 The very earliest references to yoga can be found in manuscripts dating back to around 1000 BCE and, over the centuries, many millions of people have used its various forms for many different purposes.

There are countless different varieties of the activity, but all have one over-riding purpose and that is to bring body, mind and soul together.

One of the reasons for its huge popularity is that it’s an activity that can be carried out as an individual or as a group. It is also something that can be done with very little equipment beyond a yoga mat and somewhere to lay it down.

And, while it may have certain connotations of appealing to people with an alternative lifestyle, more and more professional sportspeople are coming to rely upon it too.

One of the highest profile names is the superstar Liverpool FC striker Mo Salah, often a leading name in the betting odds when it comes to the Premier League’s most prolific goal scorers.

Other footballers who have also come to incorporate yoga into their general fitness regimes include Cristiano Ronaldo, Lionel Messi and David Silva.

Sportspeople from many other disciplines also cite yoga as one of the most important non-aerobic elements of their training with runners being one of the largest groups.

While pounding the track may increase speed, it’s yoga that offers many complimentary benefits including helping with both preventing and recovering from injury – a constant risk for elite sportspeople used to pushing their bodies to the limits of endurance.

Of the hundreds of moves and poses that yoga includes, there are a number of poses that are useful specifically for runners and which are recommended not just for rest and recovery days but before training sessions as well.

The key physical and mental benefits

It’s generally agreed that whatever kind of yoga is performed, there are a number of common benefits that it will have.

Obviously, most athletes want to focus on the physical benefits that they can then translate into improved performance and the first of these is strength. Yoga can engage muscles not normally used and, by holding a particular position or pose, it can build extra resilience and power.

Then there’s the question of balance. Yoga can gradually help to improve this ability that can be important in all sports. Even in accomplished performers, there is also always the potential for improvement.

For footballers like Salah, their sport involves rapid changes of direction and the quick shifting of balance from one foot to the other this improvement can help them to outmaneuver other players who don’t include yoga in their training.

A third feature of yoga when it comes to physical abilities is the increased flexibility that it brings. Not only does this improve agility, but it can also even help to prevent injury. Ex-Manchester United player Ryan Giggs has said in the past that he believes yoga helped to prolong his playing career which continued right up until the age of 41.

There’s also an element of mindfulness in yoga which allows an individual to focus on parts of their body and perhaps also identify issues in their early stages before those injuries become more serious.

Breathing and its control is also inextricably linked with performing yoga. On a purely physiological level, this can help to greatly increase the amount of oxygen that can be absorbed into the bloodstream.

The more oxygenated the blood, the greater the physical output can be before fatigue sets in – and the faster the recovery after bursts of extreme exertion.

Having greater control over breathing has another very important psychological effect in that it can help to calm the nerves in high pressure, high stakes situations such as a match point for tennis players or lining up to take a shot in a penalty shoot-out.

By suppressing the normal “fight or flight” response usually generated at moments like these, the extra control it brings can make the difference between victory or disaster.

All in the mind

Above and beyond helping to reduce nerves, yoga also has many holistic benefits when it comes to mental equilibrium. It has always involved an element of meditation and it’s this ability to step outside the immediate that can bring a whole new perspective.

This is equally important whether it’s in a match situation or even when reflecting on a victory or loss.

Sports psychologists are now a recognised part of the support team for all elite athletes and there is a consensus amongst most of them that yoga is undoubtedly beneficial in improving focus and concentration.

So, we should expect to see more and more sportspeople looking for that vital extra spark not necessarily on the gym or training ground, but on a yoga mat instead.

Wendy is a queen at multitasking and enjoys trying her hand at various things. From winemaking to pottery, knitting, and photography, she’s tried them all. When she’s not stringing words together, you can find her spending time with her menagerie of pets or going out on long solitary walks.