Fashion Ideas: What to Wear to a 90s Hip-Hop Theme Party 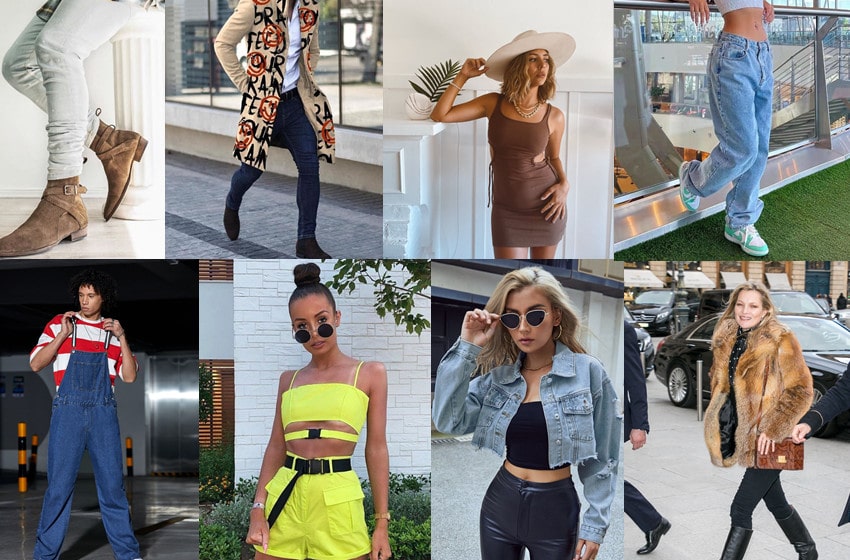 In the 90s, the hip-hop culture was at its peak, influencing fashion, language, and many other aspects of the way of life. While new fashion trends have emerged, the 90s hip-hop outfits are still very common, especially at hip-hop-themed parties.

So, if you don’t know what to wear to a 90s hip-hop theme party, this article offers you several ideas.

If you are inspired by the vintage fashion styles that dominated the hip-hop industry in the 90s and you wish to bring the memories back at your hip hop theme party, here are some amazing fashions styles to consider. 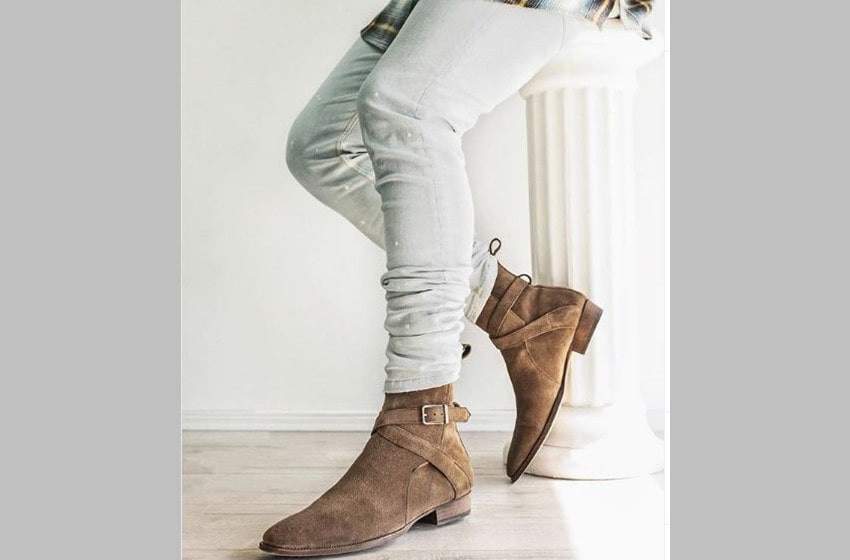 Timberland suede boots carry a very rich history and legacy that’s linked to the hip-hop tradition because they were launched around the same time when hip-hop music and the hip-hop culture, in general, were at their peak in America.

Initially, these Timberland boots were designed for construction workers, but they eventually became popular amongst drug dealers in New York, especially because they could withstand severe weather conditions.

Since most upcoming rappers in America grew up in the projects where drug dealing was the order of the day, they were greatly influenced by the drug dealers, especially in their fashion styles. That’s how the boots became synonymous with rappers. 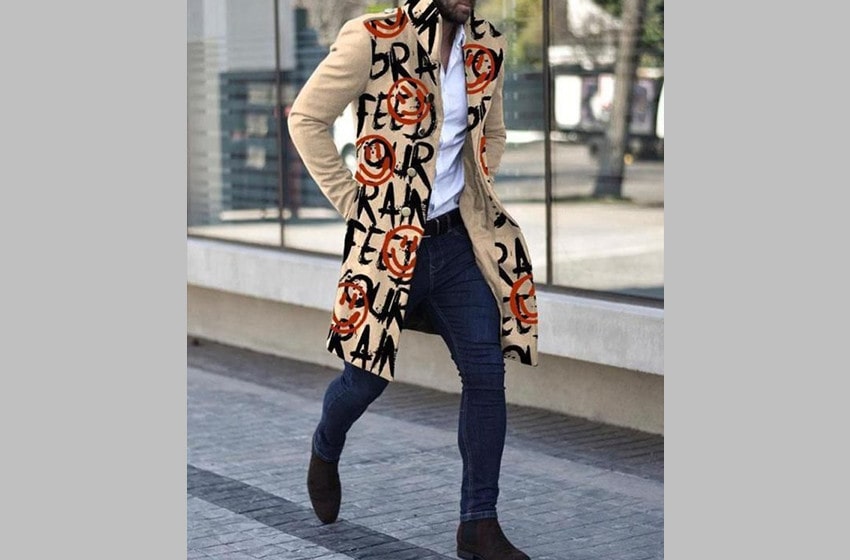 However, they not only incorporated graffiti into their music videos but also their fashion items.

For instance, hip-hop artists like LL Cool J airbrushed these artistic designs into their apparel. Even reputable fashion brands that existed in the 90s like Shirt Kings also embraced this art.

They produced t-shirts, shirts, caps, and jackets decorated with bold colors, patterns, and graphics inspired by the graffiti culture. These fashion elements are still available today. 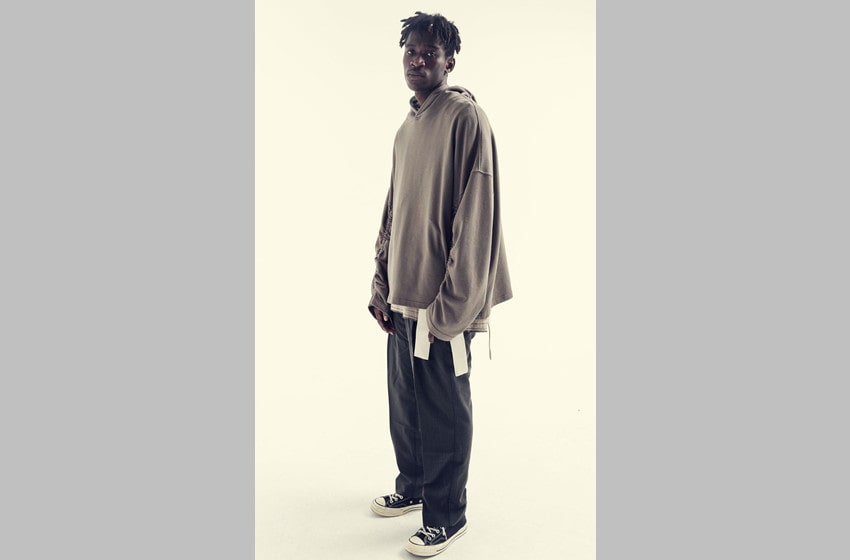 Part of the 90s hip hop culture was to wear oversized clothes. Most male artists wore clothes that were twice their size. These fashion pieces included trousers, shorts, t-shirts, shirts, vests, puffy jackets, and hoodies. This fashion style was commonly referred to as urban fashion and it gave rise to successful fashion lines like Fubu, Wu Wear, Phat Farm, and several others.

This style symbolized boldness and confidence, which were the most essential qualities of any credible hip-hop artist at the time. So, every male rapper wanted to step out courageously and poised, and oversized clothes were the perfect way to capture that.

This style can be a perfect way to show your boldness and confidence when attending a 90s hip-hop theme party. 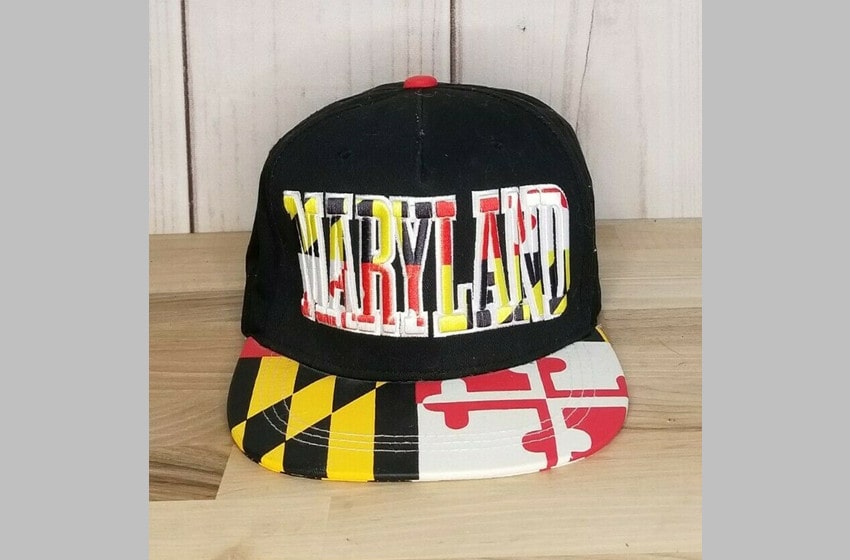 The snapback cap was a top fashion trend in the 90s, especially amongst rappers. Many TV stations also incorporated this version trend into their shows. For instance, the popular Fresh Prince of Bel was centered around the young Will Smith who always sported a snapback hat in different episodes. 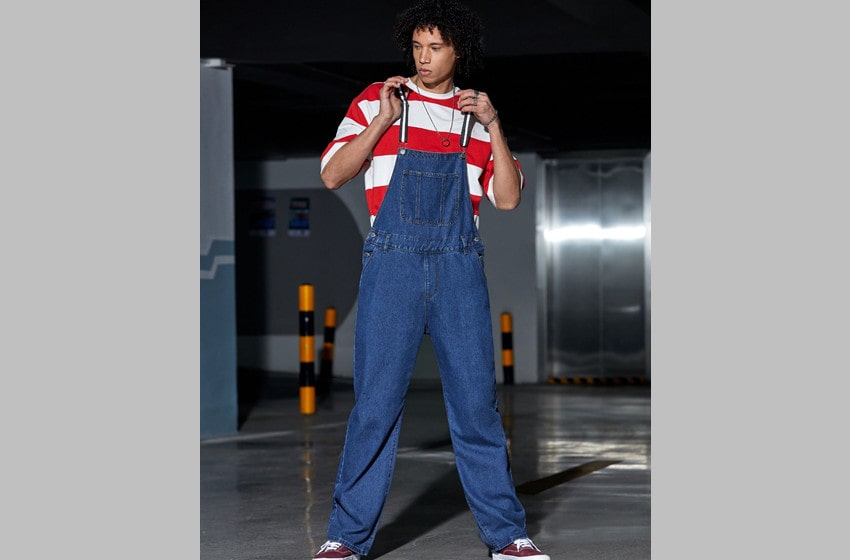 Although this was a unisex style, it was very common amongst male rappers of the 90s. Many of them loved it because it was cool and comfortable. Initially, dungarees were designed for factory and construction workers to serve as protective work garments, but the rappers turned it into a popular fashion statement.

This fashion style was very common amongst female rappers of the 90s. It comprised lilac trousers, lilac cropped tops, and bandanas. It was a simple but very powerful style that showed a woman’s confidence and boldness. It would be a perfect outfit for you when attending a 90s hip-hop theme party.

This fashion style was made popular by America’s top female hip hop idol Beyoncé. Although she wore this skin-tight dress in the 90s, it’s not unusual to find women wearing it at hip hop parties today. It’s also a sign of boldness and self-assurance. 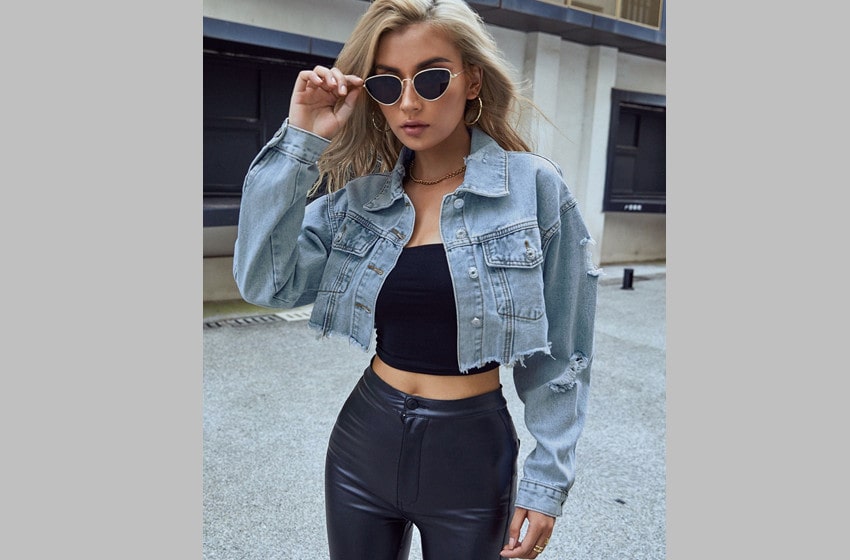 Many female hip hop artists sported cropped denim jackets, especially the ripped and oversized ones. This jacket was usually matched with a cropped top and a pair of bell bottom trousers, particularly jeans. It also harmonized perfectly with a pair of high heels. 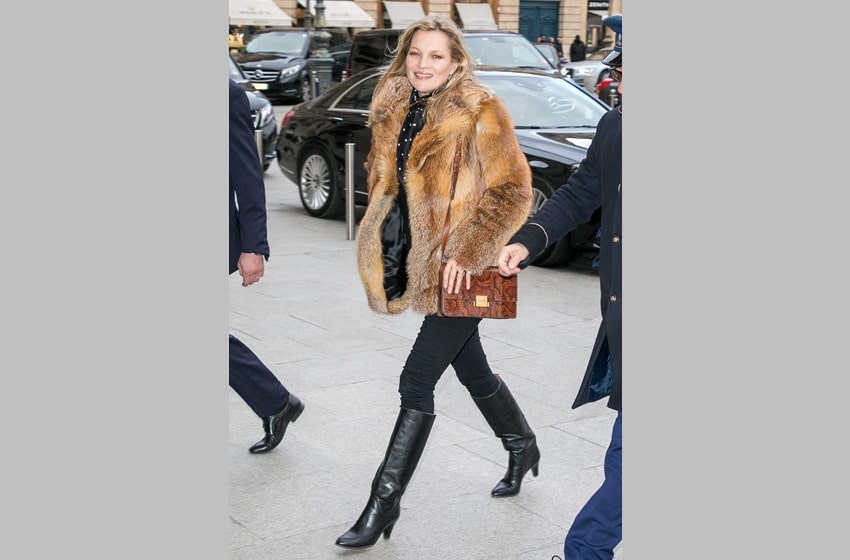 Fur coats were synonymous with female hip-hop artists of the 90s. They were made from real fur, which made them quite valuable. Female artists wore these coats as a sign of their elegance and taste for finer things. Although the market is now full of synthetic fur coats, you can still find a few authentic ones.

Baggy trousers and crop tops made female hip-hop artists shine in the 90s. The most common baggy trousers were flared jeans. This outfit was also matched with cropped denim jackets and hoop earrings. 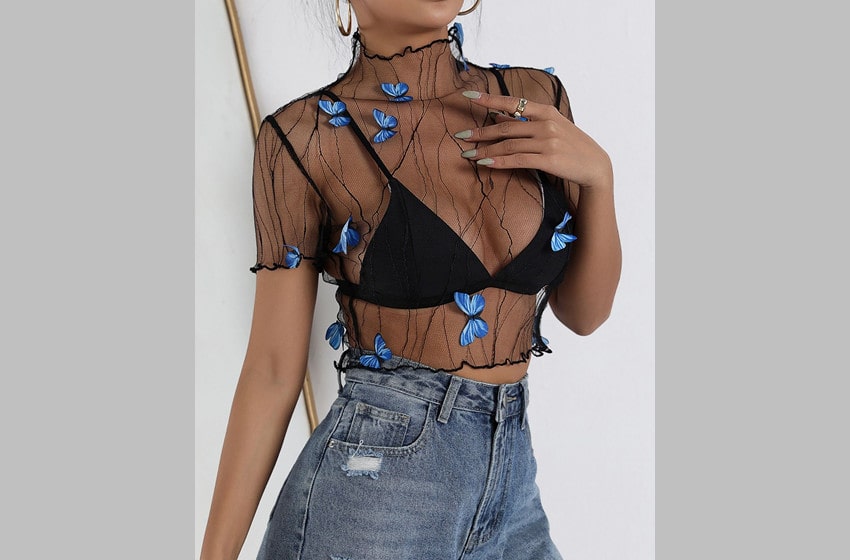 These tops were made popular by the queen of R&B, Aaliyah, who rocked countless black mesh tops. These tops can either be long-sleeved or short-sleeved, depending on your style and taste. Mesh tops were either matched with a pair of skin-tight leather trousers or baggy trousers. 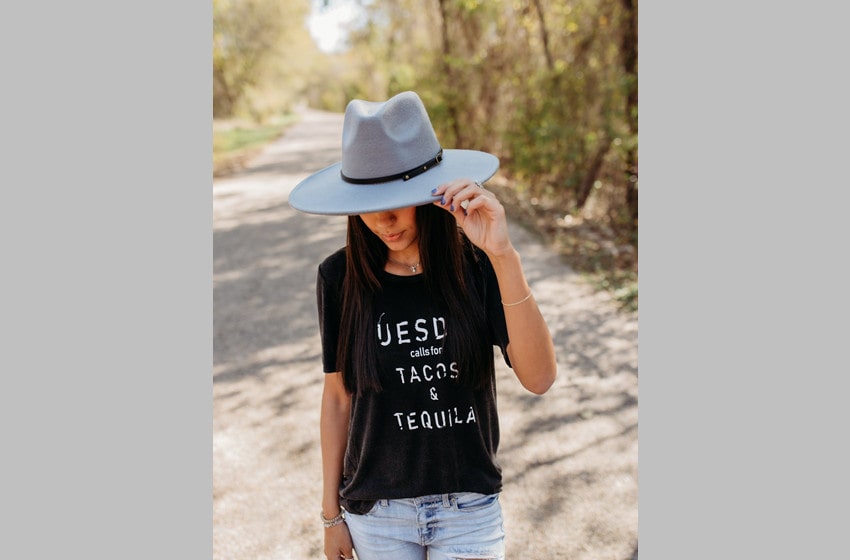 These hats featured large, inverted brims and came in stroked fabrics and ornamental tones like deep green, burgundy, and others. They were worn with pain t-shirts and spaghetti-strap dresses. 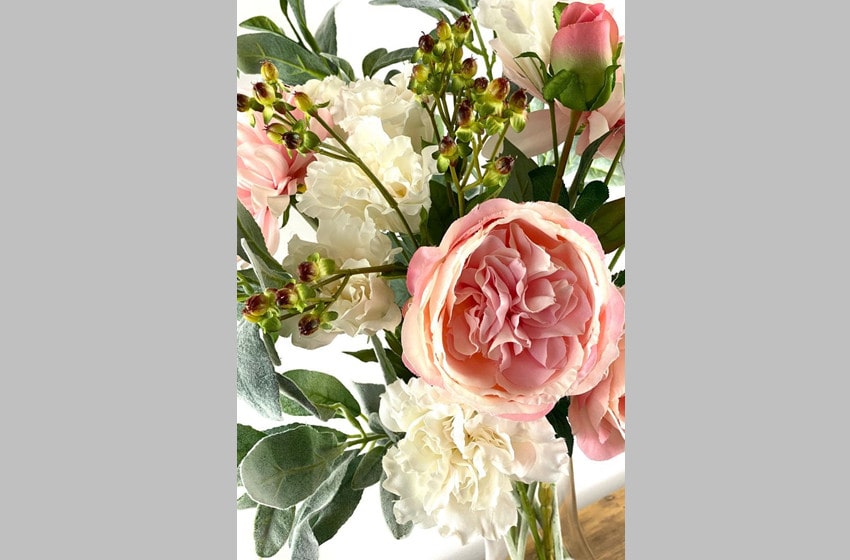 Usually, faux flowers were attached to edged hats or tucked behind the ear. They came in lovely colors to match different outfits. A good example of faux flowers of the 90s is Drew Barrymore’s fresh daisies. 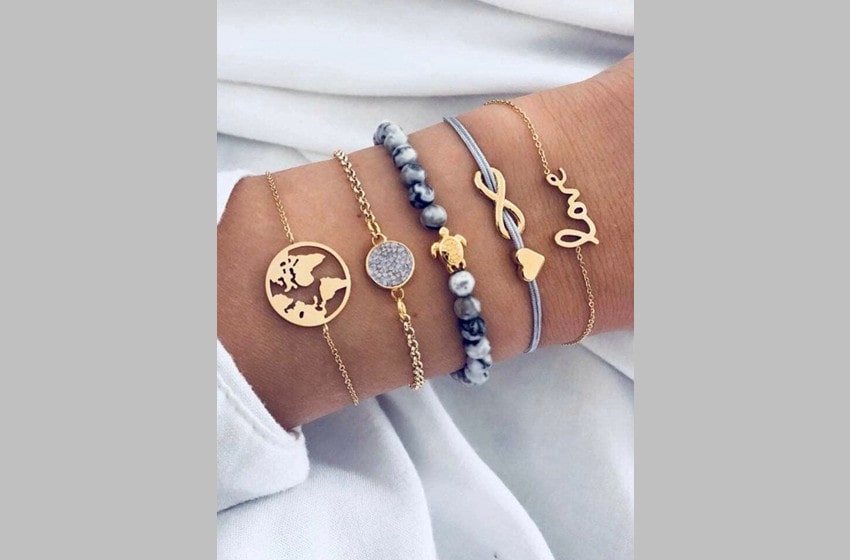 Female hip hop artists of the 90s used to wear loads of charm bracelets. The idea was to have as many bracelets as possible. These bracelets were also given to women as birthday gifts and gifts to celebrate milestones.

The yin and yang sign was very common in the 90s. It was commonly used on school book covers, leather chokers, stick-on tattoos, and other fashion items. This would be a perfect accessory to wear to your 90s hip-hop theme party. 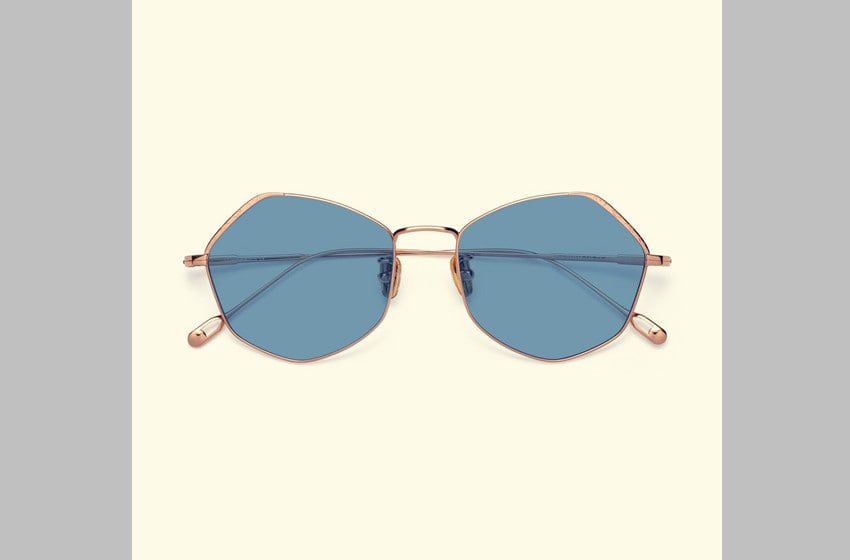 Round and oval sunglasses with tinted lenses and metal rims were very popular amongst hip-hop artists of the 90s. They are still very cool. They can be worn by both men and women. 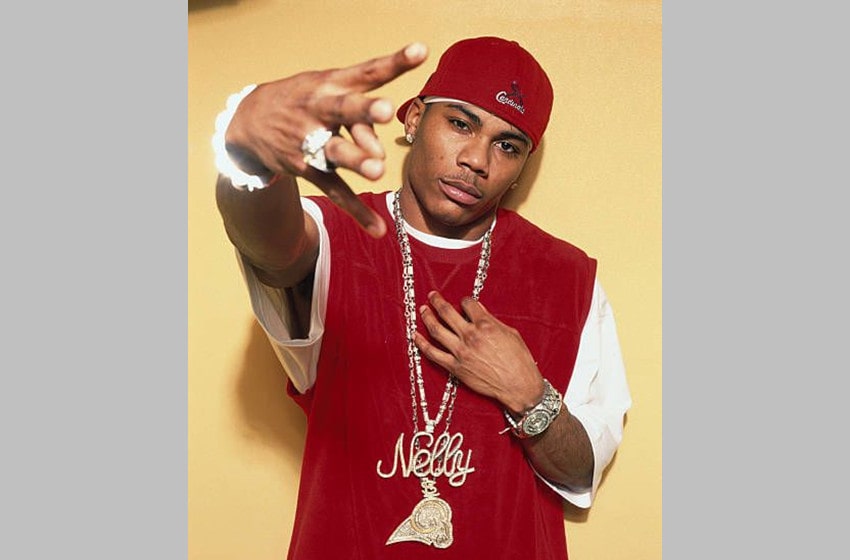 Also referred to as backward baseball caps, snapback caps were common fashion accessories in the 90s. As mentioned above, they were made popular by Will Smith, an American hip-hop artist, and actor, when he appeared on the Fresh Prince TV show. 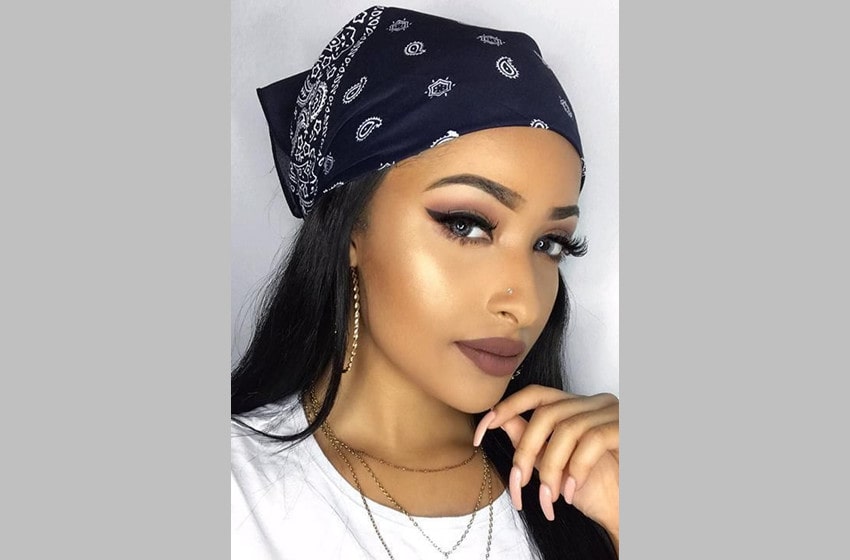 You can’t talk about popular fashion accessories without mentioning bandanas. These headbands were made popular by sensational female artists like Christina Aguilera, Jennifer Lopez, Aaliyah, and many others. Although bandanas were initially worn by female artists, they eventually became common amongst male rappers. 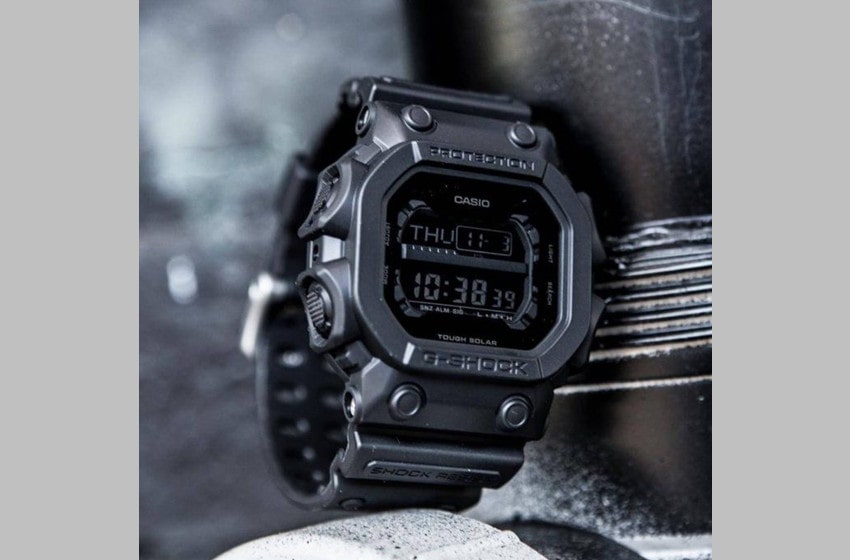 These watches were produced by Casio and were the most valuable timepieces in the 90s. They were heavy and flamboyant, with gummy straps and digital faces. Almost every credible hip-hop artist had to have several of these watches.

Also referred to as “bling”, bling-bling is a slang word for expensive jewelry. In the 90s, most male rappers wore heavy metallic necklaces that they called bling-bling. That’s how the slang word grew to become a cultural term. The word is now part of the Oxford dictionary.

Where to Look for 90s Clothing 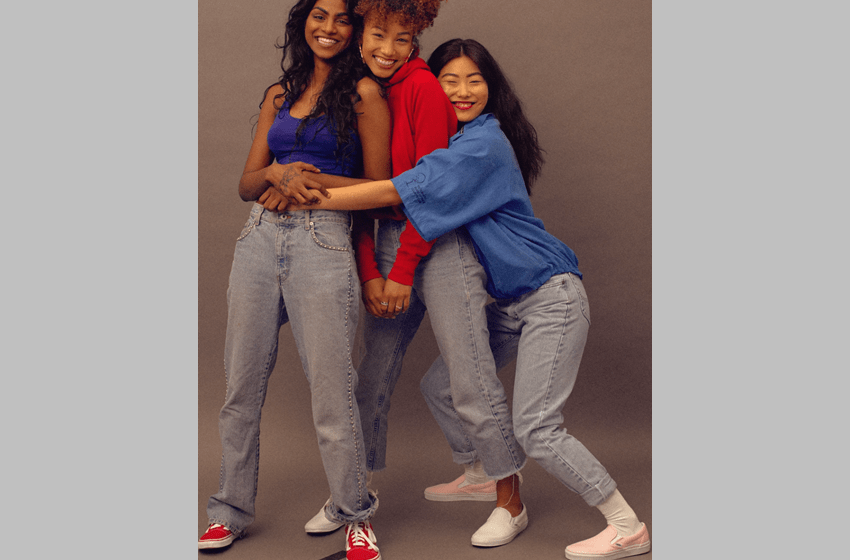 Although some of the fashion items that were popular in the 90s are no longer being produced, most of them are still available in clothing stores. Others have been upgraded to match the modern styles. So, even if you don’t find the old styles, you can wear the latest styles that are more conventional and creative.

Also, you don’t have to match the different items to have an outfit that looks the same way as the outfits of your favorite 90s hip-hop artist. You can just work with the available items to create your 90s style.