15 Types Of Metal Music That Every Metal Head Will Know 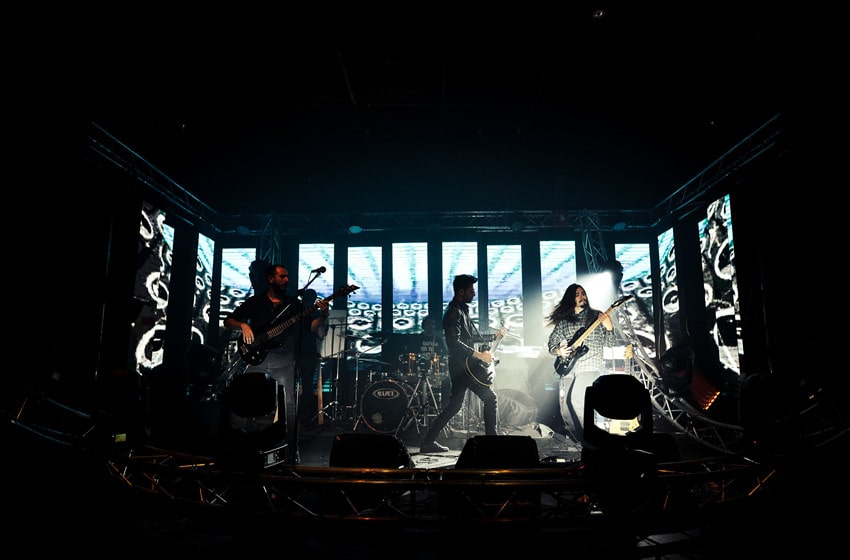 When most people think of metal music, they often picture loud music, aggressive vocals, maybe even violent sounds — but metal music is so much more than that! Metal music made its presence known in the early ’60s and late ’70s and has roots in both jazz and blues music genres.

Perhaps, one of the best things about metal is that this genre continuously evolves and has thus birthed plenty of subgenres. Interested to know more? Here’s a brief overview of the most well-known types of metal music.

15 Most Popular Types of Metal Music

Heavy metal forms the very core of the metal subgenre and is the foundation for all the other metal subgenres that have evolved today.

Heavy metal music typically has dense guitar sounds, heavy bass and distortion, and a fast tempo. The usual themes of the heavy metal songs tend to be darker and more morbid such as violence, death, occult practices, and unrestrained hedonism.

Also known as hard alternative or alt-metal, this subgenre brings together rock music and heavy metal and is significantly influenced by alternative rock.

It’s a diverse subgenre that has vocals ranging from melodic to harsh with heavy guitar accompaniment as well as some unusual sounds. Alternative metal incorporates atypical song structures and is more experimental and versatile when it comes to themes.

Korn, Alice in Chains, and Deftones are some of the more popular alternative metal bands.

Avant-Garde metal is also called experimental music and is a combination of progressive rock and death metal.

This subgenre is heavily influenced by heavy metal and progressive rock while also drawing inspiration from funk, jazz, and mathcore. What sets this subgenre apart is its use of unconventional sounds and technical complex instrumentation.

Some famous brands that play Avant-Garde metal are Celtic Frost, Boris, Sigh, and Age of Silence.

The songs in this subgenre are often fantasy-based, with sounds that are more uplifting compared to the dissonance and heaviness of other kinds of metal music like doom and death.

Bands like Kamelot, HammerFall, Helloween, and DragonForce fall under the power metal subgenre.

Thrash metal combined with the first wave of black metal results in the extremely loud and distorted death metal subgenre. If you think that heavy metal is loud, death metal is double the distorted guitar riffs, growling vocals, and intense drums.

This type of metal has a rapid tempo and unexpected signature changes, and musicians in death metal are highly skilled in tremolo picking and palm muting.

Viking is another subgenre of heavy metal music with similarities to Black metal and folk metal.

As the name suggests, this subgenre has major influences of Viking stories along with Norse mythology. Viking metal has evolved over the years, and today, you can hear touches of symphonic metal, death metal, doom metal, and even heavy metal in the music.

Some of the most popular Viking metal artists are Moonsorrow, Helheim, Black Messiah, and Leaves’ Eyes.

Also known as pop-metal, this subgenre is the product of the evolution of the glam rock culture of the 1970s. When it comes to the sound, glam or hair metal has a beautiful combination of heavy metal and pop music.

You can expect creative guitar hooks and impressive, catchy riffs in its musicality. Glam metal also incorporates a lot of melody and harmonies in its sound.

Gothic metal falls under the umbrella of heavy metal, with its roots tracing back to mid-1990s Europe.

The instruments used in gothic metal rely heavily on modern keyboards and distorted guitars playing complicated compositions with dynamic tempos. Gothic metal also uses acoustic guitars, and a band would typically have two guitarists, one playing an acoustic and the other an electric guitar.

Epica, Evanescence, and Nemesea are some known gothic metal bands.

An offshoot of heavy metal at the extreme end, doom metal is characterized by a heavy sound, slow tempos, extremely turned-down bass, and guitars with lots of distortion.

Doom metal is also defined by its words and is generally based on subjects surrounding depression, fear, anxiety, and human suffering. The vocals are typically clean, with some bands taking on a more operatic sound while others moving into the screamed and growling vocals.

Korn, Slapshock, and Rage Against the Machine are some bands that fall under this metal subgenre.

The lyricism in thrash metal is often anti-Establishment and criticism of the Christian teachings, much like black metal. The influences of hardcore punk are very evident in this subgenre with the double bass drumming and speed.

Metallica, Megadeath, and Slayer are some of the most popular bands known for thrash metal.

The striking characteristic of post-metal is its use of experimental instrumentals and vocals.

The genre is similar to post-rock but has a more intense metal sound and draws from ambient, psychedelic, and classic music. Most post-metal songs are longer, reaching over eight minutes, thus allowing concept albums to be created.

Agalloch, *shels, Isis, and Pelican, are a few post-metal bands that became popular.

As the name suggests, the symphonic metal adds the elements of orchestral music to the metal guitar and heavy drums sounds.

This subgenre is also called opera metal as the vocals feature classically trained vocalists creating atmospheric and melodic sounds. Sometimes, bands may even incorporate an entire orchestra or choir to produce this kind of music.

Epica, Therion, and Nightwish are some well-known symphonic metal bands.