The World of Tabby Cats: What You Need to Know

Have you ever met a cat with a dog’s personality? Tabby cats may be the closest example, given that they are wonderfully playful, friendly, and affectionate companions with a mostly easy-going attitude.

What may surprise you is that tabbies aren’t a specific cat breed. Here are a few more facts that further explain these felines’ world and how to easily recognize them.

Where Does the Word “Tabby” Come From? 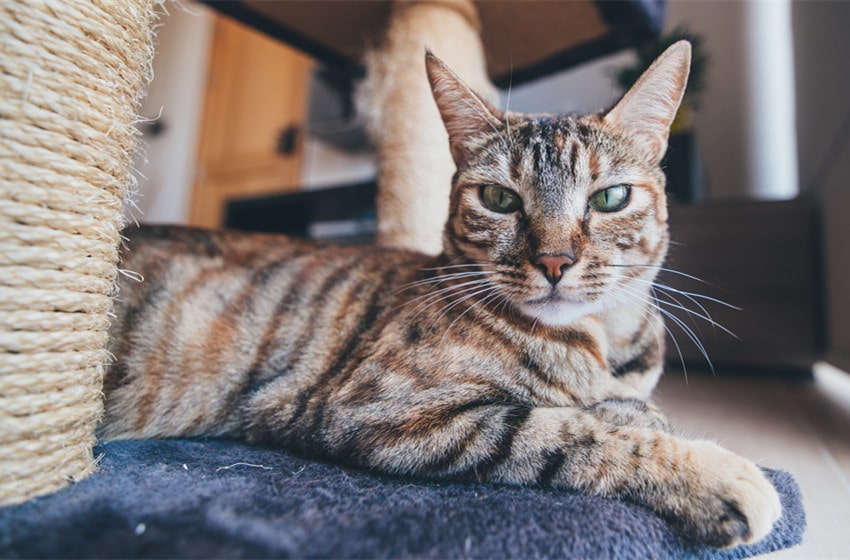 The word “tabby” doesn’t refer to a breed of cats but rather a coat pattern. That pattern usually appears in the form of stripes, though some cats’ patterns are a combination of stripes and spots or stripes and whorls.

Before it was associated with felines, tabby was used to refer to a kind of silk taffeta with a wavy, irregular finish. The name was altered or corrupted from ‘attābī, which was short for Al-‘Attābīya — a neighborhood in Baghdad where the silk originated.

Later on, the silk’s name was introduced into Medieval Latin as attabi. The French had their own iteration (tabis). It wasn’t until the 1600s that English speakers modified the word further to get “tabby.”

After a few decades, people started using the term “tabby cat” to describe the markings some cat coats had, and by the late 1700s, the cats themselves.

How Long Do Tabby Cats Live? 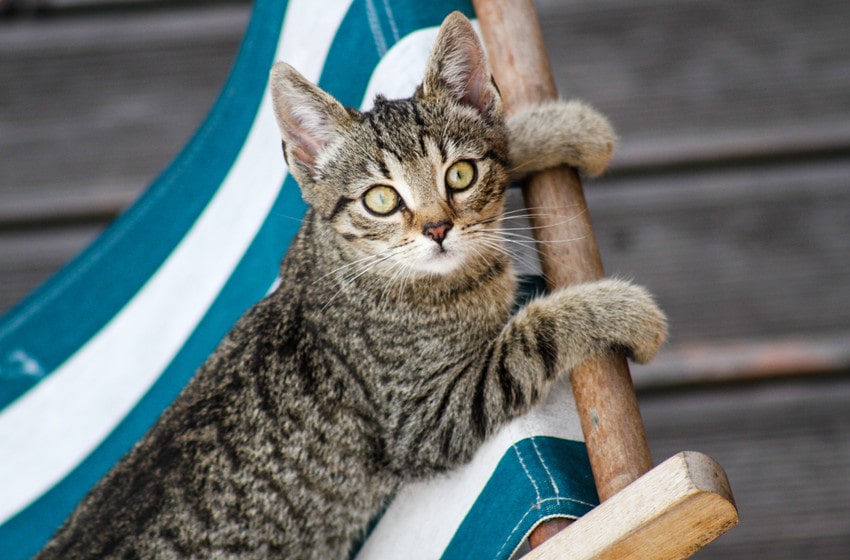 The tabby coat patterns, including the “M” forehead markings, occur in many different breeds, so the lifespan depends on the type of cat you have.

Overall, tabby cats can have a projected lifespan of around 20 years, just like most domestic cats do. Some tabby cat breeds, such as the Manx cats, have an average lifespan of 15 to 18 years. Breeds like the Savannah, however, may live a bit longer.

How Big Do These Cats Get?

The size of a tabby cat mainly depends on the breed itself. In general, tabby cats can grow up to 16 inches in height and weigh anywhere from 8 to 12 pounds.

Their weight may differ across genders too. Females may weigh about 2 to 4 pounds less than males.

There are four distinct tabby patterns (and thus types of tabby cats), plus a fifth one that refers to cats with patches of tabby. 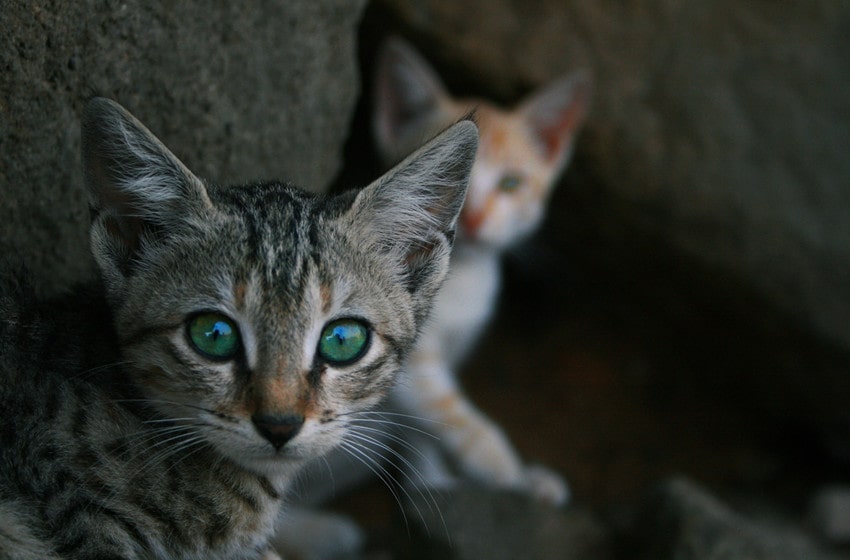 They have random swirling lines or whorls on their sides, making the coat look similar to a marble cake. These lines usually create butterfly-like patterns on the shoulders. On the sides of the body, the lines may form a shape that closely resembles a target (bullseye). 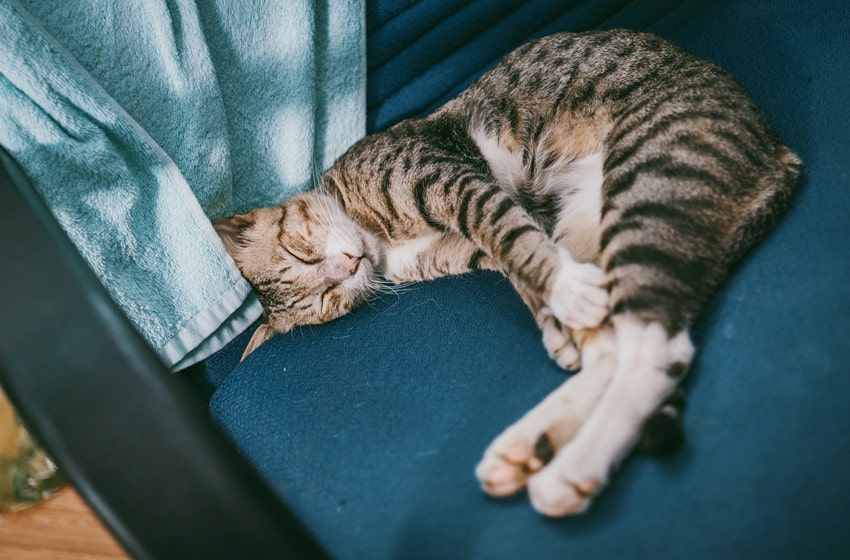 They are even more common than the classic type. This pattern consists of slim vertical curving lines on the sides of the body. The lines can be evenly spaced and non-broken, forming a tiger-striped pattern.

However, it’s not uncommon to see the stripes broken into bars in some areas, such as the cat’s stomach and the flanks.

They have small or large spots all over their bodies, though sometimes these may look like broken mackerel lines. The spots aren’t always perfectly round; they can also be oval or in the shape of a rosette.

They have the classic “M” markings on the face, but not the obvious stripes, blotches, or spots. Instead, they appear almost freckled since their coats consist of fields of agouti hairs and very few residual markings (mostly on the torso, legs, and tail). 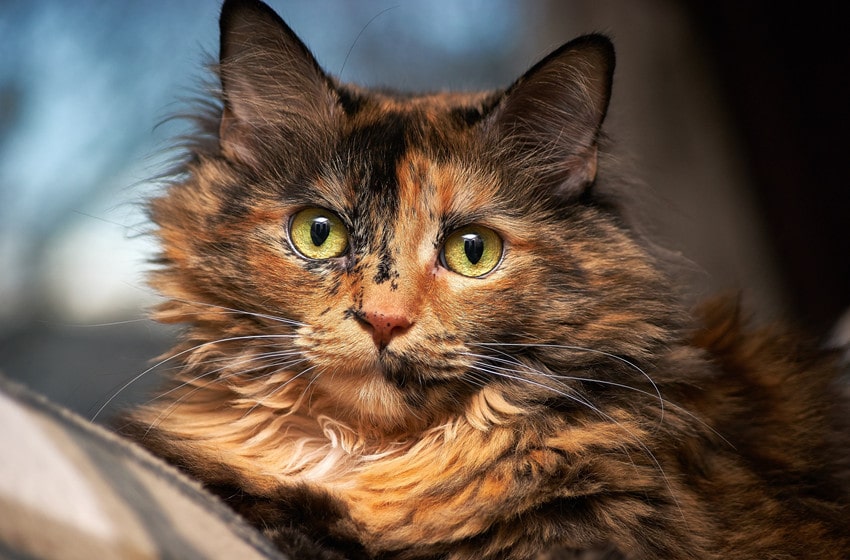 They are those with patches of tabby coat in a range of different colors. These felines usually sport a mix of red, black, and cream/white patches, as well as some in-between shades like brown and blue.

Though tabby patterns may vary among felines, all tabby cats will have the “M” marking on their foreheads. In some breeds, this marking may not be so obvious at first glance. Their eyes may also seem outlined with thin black lines — almost like they have eyeliner on.

2. Do Only Domestic Cats Have the Tabby Coat?

No, the tabby coat pattern occurs naturally in both wild and domestic cats. Some of the best examples of wild cats with tabby coats include European, Asiatic, and African wildcats.

All cats produce this allergen, so there aren’t any 100% hypoallergenic ones. However, some, like Siberian cats, have low levels of it and are thus less likely to cause an allergic reaction.

Some tabby cats also shed less than others, which would make them better companions for allergy sufferers. Examples include Cornish Rex, Devon Rex, Bengal, and Oriental Shorthair. 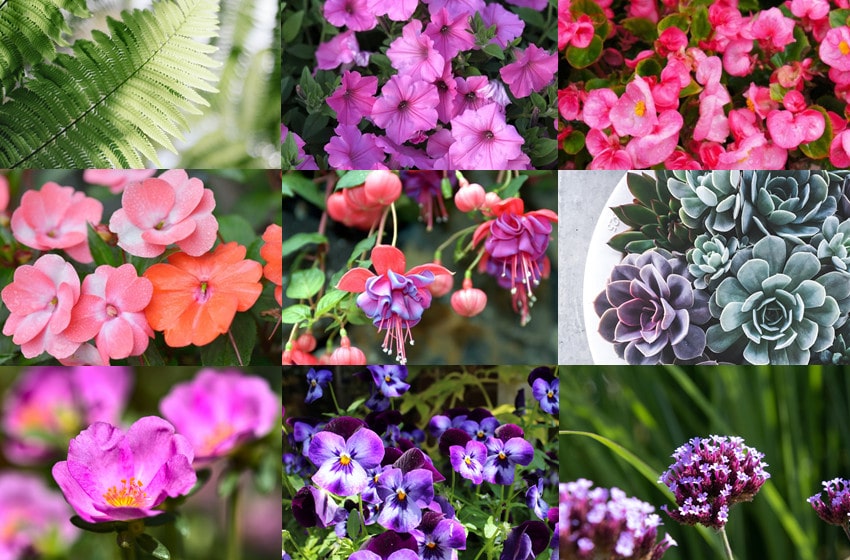 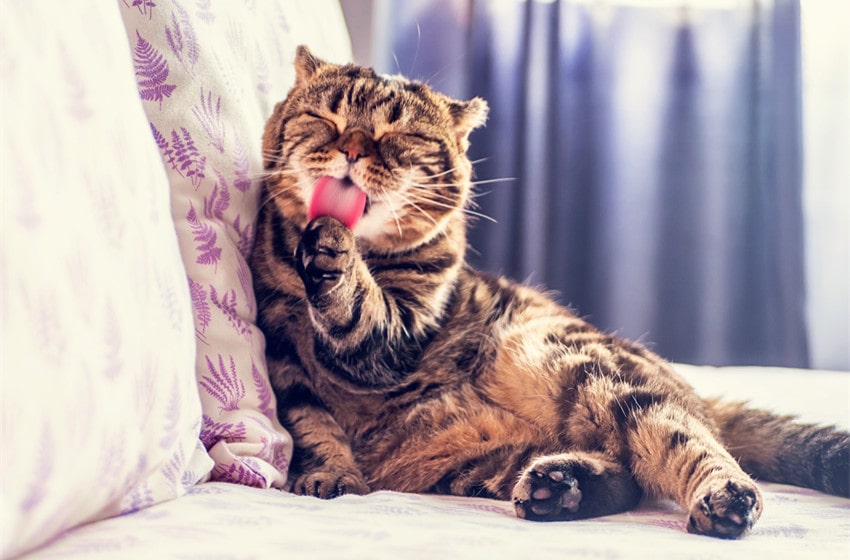 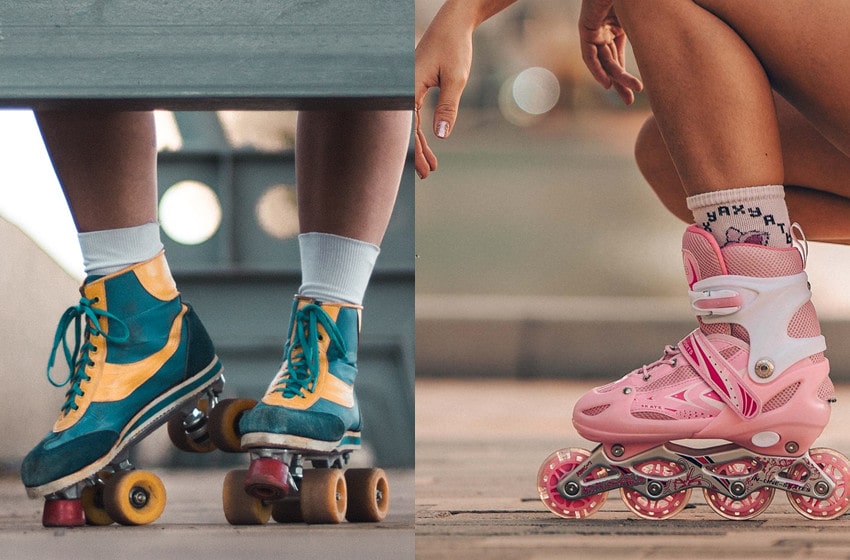