Tips to Protect Your E-Bike from Thieves 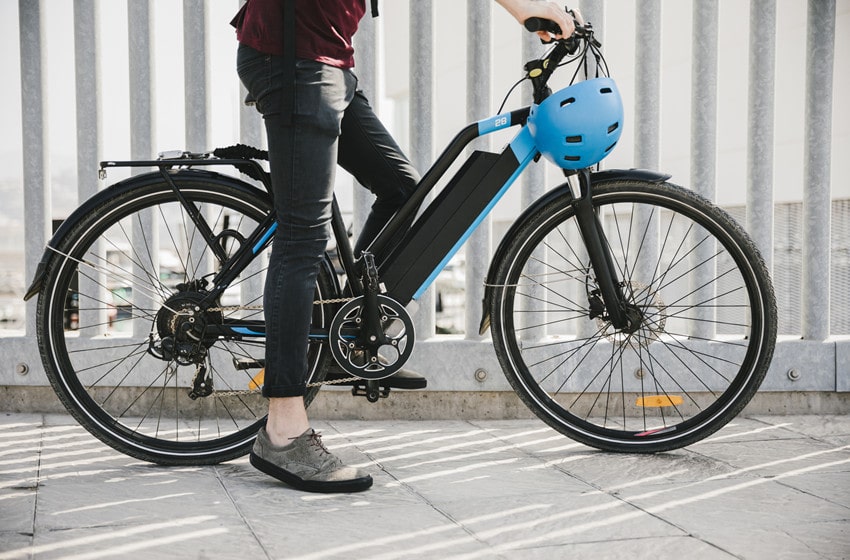 E-bike owners know that owning and maintaining them are investments that aren’t light on your pocket. Despite the price to own and maintain them, the popularity and demand for e-bikes have recently risen. There has been a shift in focus by manufacturers despite the pandemic. With the increased demand comes the increased risk of theft.

Only second to cars, e-bikes are a prime target for thieves due to the production values and tech involved. But fear of getting stolen should not deter you from buying an E-bike. Here are some ways to prevent your bike from getting stolen.

Get A Good Lock

Your e-bike is not cheap, so it makes no sense to get a cheap lock for it that probably won’t provide much security. You have to know which locks will provide you with the highest level of protection to keep your bike secure. The best bikes, like the ones from Specialized, need to be protected by locks that are available in various types, shapes, and sizes, such as:

Disk brake lock: This lock will only work if your bike already has disk brakes.

Cable Lock: this type of lock is easy to carry and light but is sometimes considered to provide low security.

U-lock: these locks are fixed-shape and are known to be sturdy and provide high security.

Wheel lock: these locks mount above the wheel and lock the rim to the tire. They are also known as ‘Amsterdam locks.’

You can use a combination of locks for the different parts of the bike instead of using just one, making it a better deterrent against theft. You might feel that the cost of some of these locks is too high, but when you compare it to the price of having to replace your stolen bike, the cost seems worth it.

If a lock is well made, it will require a lot of time and sturdy power tools to break into. So invest well in a good quality lock to keep the thieves away from stealing your prized e-bike.

Mixing up your e-bike routine will serve to make you less predictable to thieves. Thieves use the strategy of studying the behavior patterns of their targets over a period of time. They do this to predict your whereabouts so they can jump you when they get the opportunity.

So it will be wise to mix up your routine if you use a bike to commute daily to and from work. You can consider walking or taking public transport to work if your office is nearby. This will break the pattern for thieves who are studying you. If you must use your bike daily, consider locking it at different spots so the thieves won’t be able to pinpoint your locking habits.

Lock It In a Well-Lit Area

One of the best things you can do to protect your e-bike is to leave it locked in a well-lit area. If you need to leave your bike parked for the night, make sure to park it in areas that are well-lit and have good visibility.

A good option is locking it underneath a streetlight. This is due to the fact that a thief doesn’t want to operate in an area where they can be seen easily, so they choose to hunt in dark arrears where the visibility is poor. Hence, it is safest if you park your bike and lock it in a busy street, under bright street lights.

Keep The Battery With You

Among the things that get stolen most in e-bikes, batteries top the list. If you cannot lock your battery separately, you should slide it off and take it with you. This can be easily done as most e-bike batteries can be easily taken on and off as a part of their design.

As the batteries are one of the most expensive parts of the bike, the thieves mostly lose interest in your bike if they can’t have the battery. So locking the battery separately or taking it with you makes your bike less attractive to thieves.

Get a GPS Tracker Installed

Although some manufacturers are already implementing GPS trackers as standard in their e-bikes, most are not yet offering this. So you need to install a GPS tracker on your own. Plenty of GPS trackers available in the market are of good quality and can be fitted in a place of your choosing in the bike.

They work similarly like other Bluetooth devices and send out a digital signal for you to track using a corresponding app on your smartphone. This way you can track the whereabouts of your bike at all times.

How good the tracker’s quality can be judged when it is tested in a real scenario, for instance, when you suspect your bike is not where it is supposed to be. By installing a GPS tracker, you are taking the required precautionary steps to know your bike’s whereabouts. Some GPS trackers sound off an alarm or alert if it feels like your bike is being tampered with. This is effective in scaring the thieves away.

It can be pretty heart-wrenching to have your e-bike stolen, not to mention the financial loss. After all, you chose your e-bike after lots of careful consideration. Not all security measures need to be expensive, and even though some of them are, it is well worth it when it comes to protecting your prized e-bike.

We have listed a few easy steps that you can take to secure your bike from thieves. Hopefully, you can use these methods and keep your bike safe from getting stolen by thieves.