Dementia: Is It Inevitable? 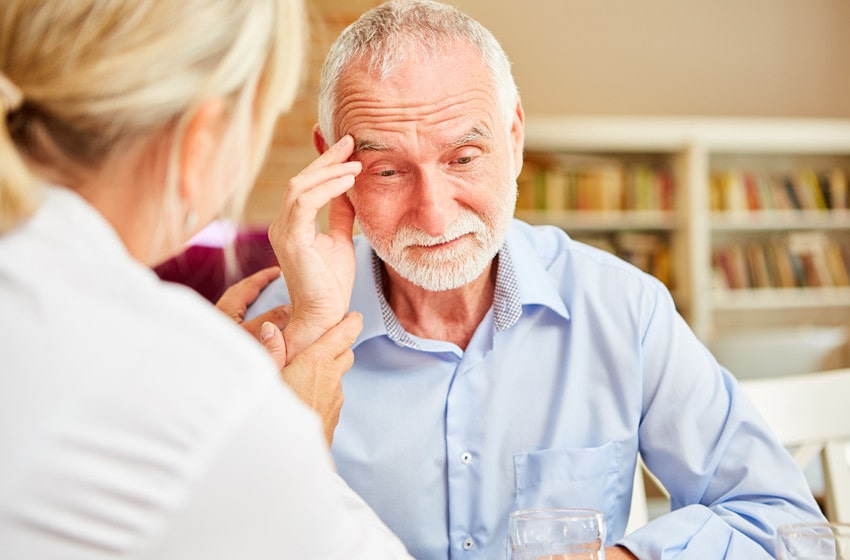 As people get older, their thoughts turn to old age. They might start taking a look at their pensions to see if they will be okay financially, and they may also begin to look at their lifestyle and health.

Naturally, one of the biggest worries of old age is dementia. The dictionary defines dementia as ‘severe impairment or loss of intellectual capacity and personality integration, due to the loss of or damage to neurons in the brain.’

However, in a real-life sense, the condition is far more than just its dictionary definition, and it brings many questions to the forefront of the mind – especially for those approaching their golden years.

As the scientific community is still investigating how dementia develops, the certainty of preventing it is not yet available. That being said, as with most conditions that develop in a person’s later years, a healthy lifestyle can help reduce the risk. Eating healthy foods, keeping your weight at a healthy level, and regular exercise will always be sensible moves as you head toward those later years. Plus, smoking and an excess of alcohol, although not an outright cause, may well be contributing factors.

What Types of Dementia Are There?

There are four main dementia types. Alzheimer’s is the most common in older adults and is caused by brain changes. Frontotemporal dementia is quite rare and mainly affects people under sixty.

On the other hand, lewy body dementia is caused by abnormal deposits of proteins called Lewy Bodies (named after scientist Friederich H. Lewy), while vascular dementia is brought about by damaged blood vessels that disrupt the flow of blood and oxygen to the brain. Frequently, more than one type of dementia can be diagnosed, which is referred to as ‘mixed dementia.’

What Are The Symptoms of Dementia?

The symptoms of dementia are varied and complex. The following is not an exhaustive list, and as the understanding of the condition increases, other symptoms may well be discovered.

• Memory loss and confusion
• Not knowing what is going on around you, even in a familiar setting
• Repeating questions
• Trouble dealing with money
• Using unusual words for or being unable to recount words for common familiar objects

Who Is More At Risk?

Some of the risk factors for dementia are difficult or even impossible to control or change – one being age. You are more likely to develop dementia as you get older; this is not to say that it is inevitable, however. Some forms of dementia can develop due to genetic and environmental factors, whilst other suspected contributing factors that are currently being researched include hearing loss, untreated depression, and loneliness.

Old age will come to everyone; it is inescapable. But you have the power to prepare your body and mind so that you can enjoy a healthy and happy senior life when it comes. Have regular health check-ups and eat a healthy and balanced diet; saturated fat, salt, and sugar will increase your risk of high blood pressure and high cholesterol, which is why it’s important to consume those in moderation. It’s also helpful to exercise regularly if you want to ward off dementia.

Ultimately, when you think of your body as a whole and treat it well, it will treat you well in return. Avoid smoking and drinking too much alcohol, enjoy a balanced diet, go out and see your family and friends, keep your mind happy and active, and above all, do not worry about what may be – you can only control your risk of dementia to a certain extent.