Some Of The Best Stage Musicals Of All Time 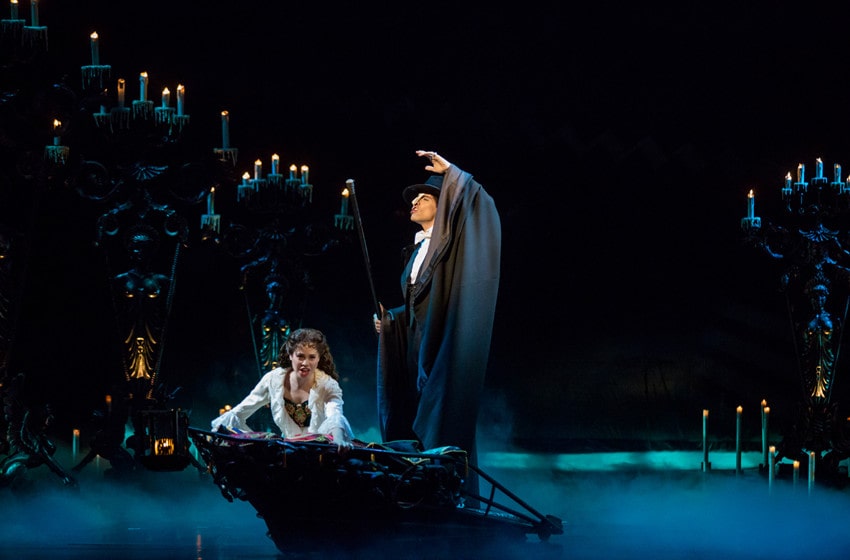 From masked phantoms to murderous barbers, stranded couples, to betrayed princesses – these are some of the most thrilling, entertaining and strange tales to have ever been told in the form of a stage musical. In our article, we will look at the favourites stage musicals of all time.

Les Misérables, also called Les Mis or Les Miz, is a song-filled musical based on Victor Hugo‘s novel. The story takes place in early 19th century France and follows Jean Valjean as he seeks redemption after spending nineteen years in prison for stealing bread for his nephew. The musical is known for its many signature songs, including “I Dreamed a Dream” and “On My Own”.

The production first premiered in 1980 in Paris, and it has been running in London’s West End since 1985. The film adaptation was a hit – it swept the Oscars in 2012. This musical shows no signs of stopping.

In 1972, the Royal Court Theatre in London released The Rocky Horror Show, a cult classic, which now occasionally performs on the main stages worldwide. It tells the story of a newly engaged couple stranded on a stormy night and seeking shelter in a castle that happens to be hosting the Annual Transylvanian Convention. There is a story devoted to a bizarre transvestite scientist named Dr Frank-N-Furter and his creature and features famous songs like “Time Warp”.

Since its release, the horror comedy musical has been adapted into a movie called The Rocky Horror Picture Show. Its focus on issues of gender identity continues to resonate with audiences today.

Hamilton is a hip-hop-infused musical based on the life of one of America’s founding fathers, Alexander Hamilton. Lin-Manuel Miranda, the creator and star of Hamilton, is the brains behind the show who got inspiration when on holiday in Mexico, where he read a biography about Hamilton. The musical is anything but a dry retelling of Hamilton’s life; it’s fast-paced, full of energy and tells his story through pop, RnB and hip-hop.

Following its premiere at Manhattan’s Public Theater in 2015, the show has won 11 Tony Awards for its performances on Broadway and the West End.

Phantom of the Opera

Since its release in London’s West End in 1986, Phantom of the Opera has captivated audiences worldwide. It depicts the story of Christine Daaé, a gorgeous soprano who becomes obsessed with a mysterious, masked master of music who lives in the underground labyrinth below the Paris Opéra House.

The musical features Andrew Lloyd Webber’s score, including songs like “Think of Me”, “The Music of the Night”, and, of course, the title track, “The Phantom of the Opera”. Over 130 million people in 27 countries have seen the stage show, which will still be performed in New York and London until 2023.

Stephen Sondheim made a mark on Broadway with his creation of Sweeny Todd in 1979. The show is a thrilling, extravagant, and delightfully grim production about a convict barber who returns to London to avenge his false charge of murdering his wife. It’s a grand show set in the grimy and dismal English capital that includes songs such as “Not While I’m Around” and “A Little Priest”. The show was even re-imagined by Tim Burton in 2007.

This horrifying tale of the Demon Barber of Fleet Street is ridiculous, fun and slightly gruesome and certainly not for the sensitive or faint-hearted.

If you are looking for a story set in Ancient Egypt about love and betrayal, Aida is for you. Aida is a musical based on the opera of the same name, which was first released in 1998 in Atlanta. Aida’s story is set against a war backdrop and follows an Ethiopian princess who falls in love with an Egyptian General while being held captive in Egypt. That added to Verdi’s powerful music, the story takes the audience on an emotional roller coaster.

The Egyptian theme is very influential, whether it is in the arts or technology. We can immerse ourselves in it more by playing online casino games such as the book of dead slot, video games like Age of Mythology or going to the theatre to watch Aida.

Chicago is based on a 1926 play by reporter Maurine Dallas Watkins, based on her reporting on actual crimes. The musical tells the story of aspiring singers Roxie Hart and Velma Kelly, who, after committing murder, end up in the same prison together. The two ladies become rivals, fight for the attention of their lawyer, and try to gain sympathy with songs like “Cell Block Tango” and “All That Jazz.”

Initially released in 1975, the musical has been staged in countless productions around the world; and has toured multiple times on Broadway and the West End.

There is no doubt that musicals will always be in fashion, and you only need to look at West End and Broadway productions to see that this will not change in the future. Don’t miss the opportunity to see these productions, or any other shows such as Moulin Rouge or Cabaret, when they come to a city near you!