From Inspiring to Badass: 62 Best Anime Quotes of All Time

Anime is one of the most popular types of media at the moment. It is full of interesting characters, riveting storylines, and lessons about humans and their relationships to each other and the world. As such, it offers a lot of wisdom and inspiration to many.

Some of the best anime quotes can lift you up, keep you motivated, and show you that the world we live in is indeed a beautiful place. You can find a complete list of awe-inspiring anime quotes below!

Best Anime Quotes to Inspire You 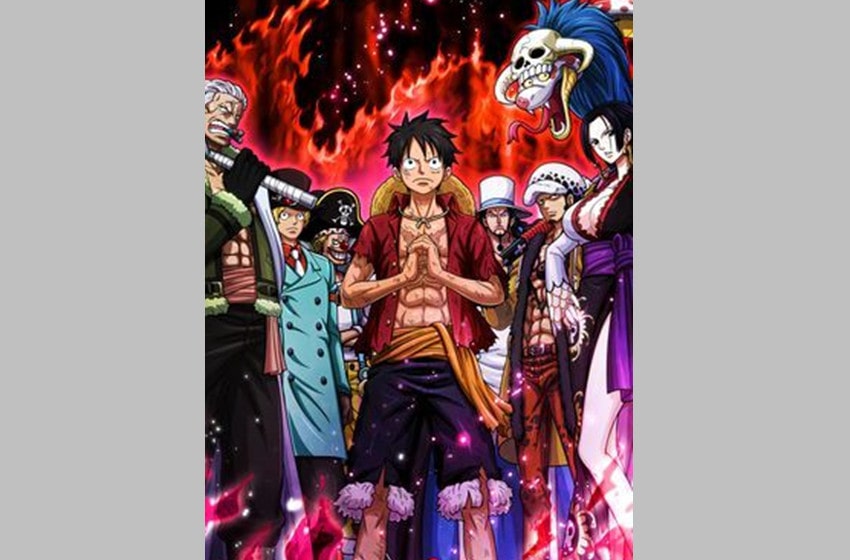 #2. “People’s lives don’t end when they die, it ends when they lose faith.” — Itachi Uchiha (Naruto)

#3. “There’s no shame in falling down! True shame is to not stand up again!” — Shintarō Midorima (Kuroko’s Basketball)

#5. “Being weak is nothing to be ashamed of… Staying weak is!“ — Fuegoleon Vermillion (Black Clover)

#6. “Who decides limits? And based on what? You said you worked hard? Well, maybe you need to work a little harder. Is that really the limit of your strength? Could the you of tomorrow beat you today? Instead of giving in, move forward.” — Saitama (One Punch Man)

#7. “Mistakes are not shackles that halt one from stepping forward. Rather, they are that which sustain and grow one’s heart.” — Mavis Vermillion (Fairy Tail)

#8. “It’s not always possible to do what we want to do, but it’s important to believe in something before you actually do it.” — Might Guy (Naruto)

#9. “Every journey begins with a single step. We just have to have patience.” — Milly Thompson (Trigun)

#10. “Anything can happen. No one ever thinks it will until it does. What will happen, happens. That’s how the world is. The most important thing is to not let the tragedy defeat you. To believe that you can get through it.” — Kyousuke Natsume (Little Busters!)

#11. “You need to accept the fact that you’re not the best and have all the will to strive to be better than anyone you face.” — Roronoa Zoro (One Piece) 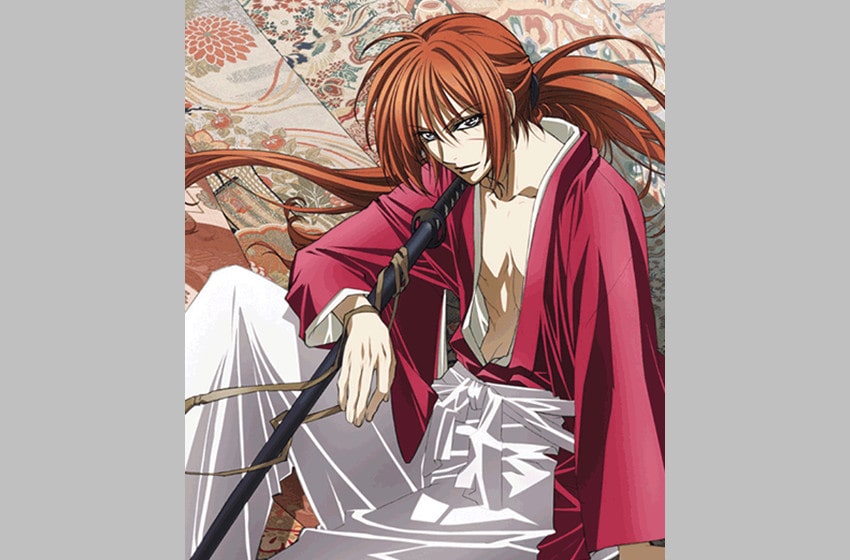 #12. “You’ll only realize that you truly love someone if they already caused you enormous pain. Your enemies can never hurt you the way your loved ones can. It’s the people close to your heart that can give you the most piercing wound. Love is a double-edged sword, it can heal the wound faster or it can sink the blade even deeper.” — Himura Kenshin (Rurouni Kenshin)

#13. “Hatred and sorrow are power. They are yours to control. All you have to do is to turn them into strength and use that strength to move forward.“ — Sebastian Michaelis (Black Butler/Kuroshitsuji)

#14. “Fear is not evil. It tells you what your weakness is. And once you know your weakness, you can become stronger as well as kinder.” — Gildarts Clive (Fairy Tail)

#15. “To know sorrow is not terrifying. What is terrifying is to know you can’t go back to the happiness you could have.” — Matsumoto Rangiku (Bleach)

#16. “Fear is not evil. It tells you what weakness is. And once you know your weakness, you can become stronger as well as kinder.” — Gildarts Clive (Fairy Tail)

#17. “If you don’t share someone’s pain, you can never understand them.” — Nagato (Naruto)

#18. “Being lonely is more painful than getting hurt.” — Monkey D. Luffy (One Piece)

#19. “To act is not necessarily compassion. True compassion sometimes comes from inaction.” — Hinata Miyake (A Place Further than the Universe)

#21. “If you keep on hiding your true feelings, who is going to be happy? If you are sad, you should say it out loud.” — Haruhi Fujioka (Ouran High School Host Club)

Best Anime Quotes to Motivate You 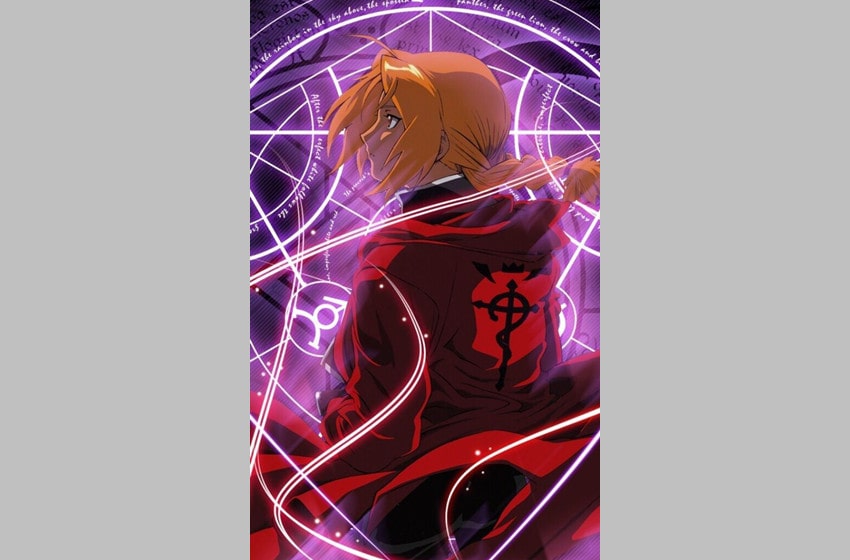 #22. “A lesson without pain is meaningless. That’s because no one can gain without sacrificing something. But by enduring that pain and overcoming it, he shall obtain a powerful, unmatched heart.” — Edward Elric (Fullmetal Alchemist: Brotherhood)

#23. “Everything has a beginning and an end. Life is just a cycle of starts and stops. There are ends we don’t desire, but they’re inevitable, we have to face them. It’s what being human is all about.” — Jet Black (Cowboy Bebop)

#24. “If you begin to regret, you’ll dull your future decisions and let others make your choices for you. All that’s left for you then is to die. Nobody can foretell the outcome. Each decision you make holds meaning only by affecting your next decision.” — Erwin Smith (Attack on Titan)

#25. “Every journey begins with a single step. We just have to have patience.” — Milly Thompson (Trigun)

#26. “Don’t be upset because of what you can’t do. Do what you do best, live as carefree and optimistically as you can, because some people aren’t able to do that.” — Keima Katsuragi (The World God Only Knows)

#27. “If nobody cares to accept you and wants you in this world, accept yourself and you will see that you don’t need them and their selfish ideas.” — Alibaba Saluja (Universal Warriors)

#29. “Thinking you’re no-good and worthless is the worst thing you can do.” — Nobito (Doraemon)

#30. “All we can do is live until the day we die. Control what we can… and fly free.” — Deneil Young (Space Brothers)

#31. “If you wanna make people dream, you’ve gotta start by believing in that dream yourself!” — Seiya Kanie (Amagi Brilliant Park)

Best Anime Quotes You Can Learn From

#32. “Whatever you lose, you’ll find it again. But what you throw away you’ll never get back.” — Kenshin Himura (Rurouni Kenshin: Meiji Kenkaku Romantan)

#33. “If you really want to be strong… Stop caring about what your surroundings think of you!” — Saitama (One Punch Man)

#35. “Hard work is worthless for those that don’t believe in themselves.” — Naruto Uzumaki (Naruto)

#38. “Don’t beg for things. Do it yourself, or else you won’t get anything.” — Renton Thurston (Eureka Seven)

#39. “We can’t waste time worrying about the what ifs.” — Ichigo Kurosaki (Bleach)

#40. “A person grows up when he’s able to overcome hardships. Protection is important, but there are some things that a person must learn on his own.“ — Jiraiya (Naruto)

#41. “Religion, ideology, resources, land, spite, love or just because… No matter how pathetic the reason, it’s enough to start a war. War will never cease to exist… reasons can be thought up after the fact… Human nature pursues strife.” — Paine (Naruto Shippuden)

#42. “You can’t win a game by doing nothing. And if someone else wins it for you then you haven’t accomplished anything. Life is the same way.” — Junichirou Kagami (Denpa Kyoushi)

#43. “Life’s like a tube of toothpaste. When you’ve used all the toothpaste down to the last squeeze, that’s when you’ve really lived. Live with all your might, and struggle as long as you have life.” — Mion Sonozaki (Higurashi) 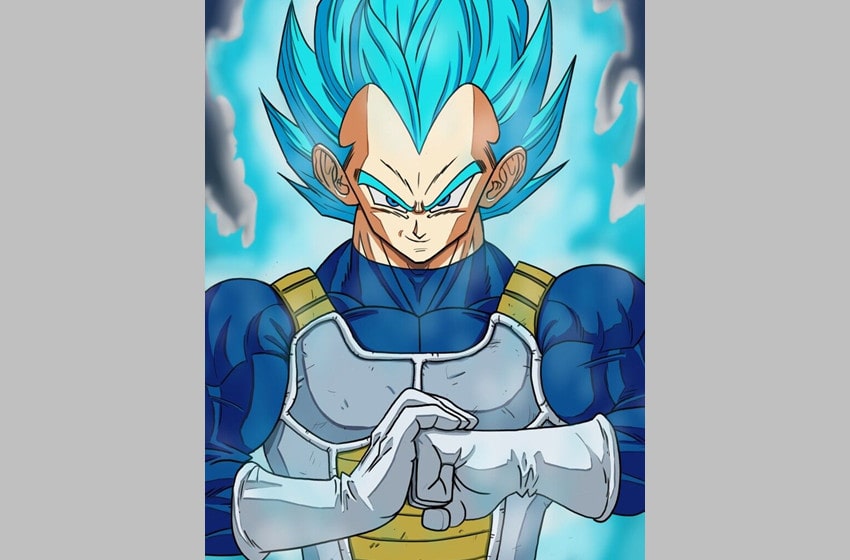 #44. “I do not fear this new challenge. Rather like a true warrior I will rise to meet it.” — Vegeta (Dragon Ball Z)

#45. “Why should I bear hatred towards someone who’s obviously weaker than myself? I only pity them.” — Escanor (The 7 Deadly Sins)

#46. “Life comes at a cost. Wouldn’t it be arrogant to die before you’ve repaid that debt?” — Yuuji Kazami (The Fruit of Grisaia)

#47. “If you wanna wallow in your tears, save it for after you’ve done everything you can.” — Seiya Kanie (Amagi Brilliant Park) 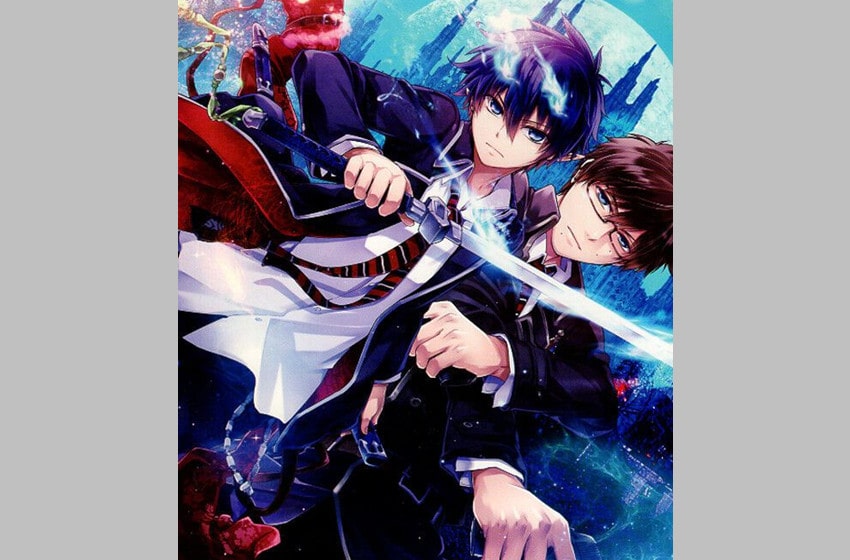 #49. “You trusted me, so I’ll trust you too. That’s what being friends means, doesn’t it?” — Rin Okumura (Blue Exorcist)

#50. “I won’t give up, I will fight till the bitter end, cause there’s no way I will back down after what you did to my friends. They are what made me the person I am today, that’s why I’ll keep fighting… For my friends!” — Lucy Heartfilia (Fairy Tail)

#52. “Man, kids these days. They think it’s a competition to have the most friends. One is enough. Find someone completely unique.” — Yato (Noragami)

#53. “Is there really such a thing? Real friends, who last forever?” — Kodaka Hasegawa (Haganai)

#54. “Everyone dies eventually, whether they have power or not. That’s why you need to think about what you’ll accomplish while you’re alive.” — Mary Macbeth (Blood Blockade Battlefront)

#55. “I think death is equally terrible for everyone. Young people, old people, the good, the bad; it’s always the same. It’s rather fair in its treatment. There’s no such thing as a terrible death, that’s why it’s frightening.” — Sunako (Shiki)

#56. “Do not fear death. Death is always at our side. When we show fear, it jumps at us faster than light. But, if we do not show fear, it casts its eye upon us gently and then guides us into infinity.” — Laughing Bull (Cowboy Bebop)

#57. “Do not seek death. But do not fear it either. There cannot be life without death, it is inescapable.” — Keisei Tagami (Corpse Princess)

#58. “Man always thinks about the past before he dies, as if he were frantically searching for proof that he truly lived.” — Jet Black (Cowboy Bebop)

#59. “There is no heaven or hell. No matter what you do while you’re alive, everybody goes to the same place once you die. Death is Equal.” — L Lawliet (Death Note)

#60. “When do you think people die? When they are shot through the heart by the bullet of a pistol? No. When they are ravaged by an incurable disease? No. When they drink soup made from a poisonous mushroom? No! It’s when… they are forgotten.” — Dr Hiruluk (One Piece)